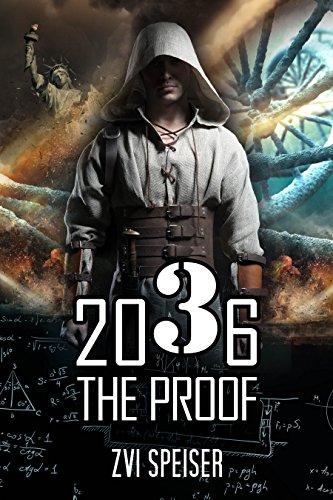 A terrifying link is detected among seemingly unrelated, extremely grave scientific discoveries. The President tries to use this top-secret knowledge against aggressive extremists who threaten human society. Can a mysterious ancient sect save the day?

Will the most profound secret of the human race, seeded millions of years ago, finally be discovered?Can Heller and Thorne figure out why scientists keep getting involved in accidents?

What do a huge asteroid rushing into earth, human DNA going crazy in a lab, exploding stars and an ancient sect have in common? All have been ingeniously woven together in this riveting science fiction thriller. Join Chicago police Detective Rick Heller and investigative journalist Will Thorne as they try to figure out why scientists connected to these discoveries are almost killed and a security guard is murdered.Can the US president marshal covert scientific knowledge to safeguard the world?

When Will Thorne discovers a mysterious link among the asteroid, the DNA and the exploding stars, US President Emily White tries to use this top-secret tinder box, revealing the discovery of humanity's deepest secret, for a peaceful message to the human race. Her initiative ultimately results in aggressive religious riots that threaten human security throughout the world.Can an ancient, secret sect be the key to human salvation?

In 586 BCE, soldiers of the Sect of the Guardians gave their lives to secure the hiding place of the Ark of the Covenant, which they had removed from the Holy Temple in Jerusalem. What is the ancient secret, more than 3,300 years old, that the Guardians are ordered to hide at any cost?