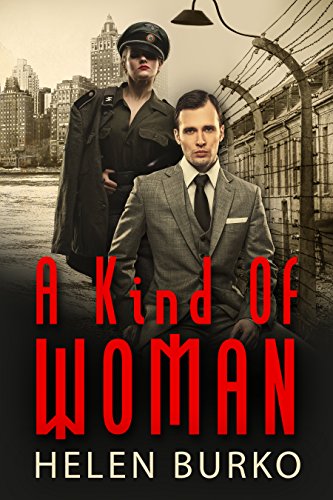 A Kind Of Woman

Jacob Barder, a successful New York attorney, returns to New York after surviving the Holocaust with his new wife, a beautiful Jewish survivor named Rachel. Barder is shocked when Rachel is accused of being a Nazi SS officer under a false identity, leading to her arrest and trial. With no one willing to protect her, Barder takes on the defense his wife. A Jewish survivor called to make an impossible case in the name of his beloved wife, and that of humanity altogether.

He is married to the Devil, but can he be her advocate?

Jacob Barder, a successful New York attorney, returns home to New York after being trapped in Europe during the Second World War and miraculously surviving the Holocaust. Barder does not return alone: with him is his new wife, Rachel, a beautiful blonde woman whom he met in Warsaw shortly after the war - a Jewish survivor who lost her entire family and remained alone in the world. Jacob fell in love with her and brought her to the states. Now he will defend her in the biggest battle of her life. A Jewish lawyer's wife is accused of committing Nazi war crimes

One evening, in a Broadway theater, Rachel is attacked by a woman who accuses her of being Matilda Krause - a German SS officer who served at the Nazi concentration camps. Rachel's arrest and police investigation open the way to a sensational trial that will be written in the pages of history. With no one willing to protect a Nazi officer, Barder decides to defend his wife himself. Why would a Jewish survivor speak for a Nazi in the court of law? Barder is called to make an impossible case in the name of his beloved wife, and that of humanity altogether. The jury, the judge, and the readers will be astounded by what he has to say.