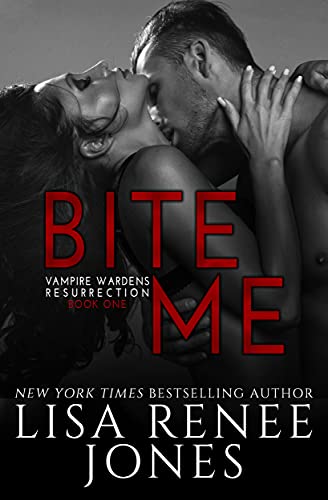 He had her once and then lost her, but with a single bite they could finally have their forever, if they can escape their enemies first.

Eli Channing was just a man on top of the world, successful, married to Ivy, the woman of his dreams. Then one night, they're attacked, and she's murdered by vampires beyond salvation. Eli was saved, recruited to join the elite vampire wardens, a keeper of silence and peace between humans and other beings, but in his heart is the desire for revenge.

Nearly a century later, a woman named Ivy who writes fictional vampire novels appears in his path. This new Ivy stirs familiar feelings and dark primal passion in him. But she's not his Ivy. Or is she?

Soon, Eli will discover what comes around goes around, and those we are connected to share a bond with us that cannot be broken. As Eli seeks the mystery of this new Ivy's connection to him, he will come face to face with the vampire who killed his wife. And he will face the hard truth of why she died and how he might be to blame.

In a two part serial, readers will meet Eli's new family, his vampire family, while they live the passion, danger, and power of guilt, revenge and love lost and found again. Don't miss Bite Me, the first in what will open up a new world of paranormal excitement and romantic, eternal bonding of mates that you don't want to miss!