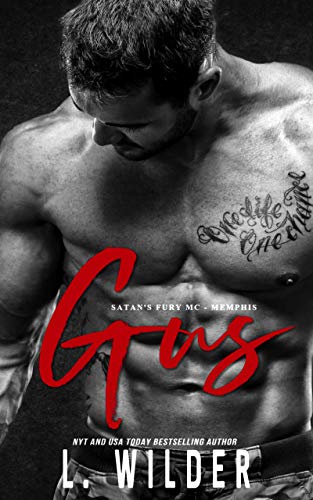 Gus was a man that knew what he wanted, and he wanted Samantha. But fate stepped in to tear them apart. Now 25 years later, can they put the past and the buried secrets behind them or will they both long for a dream that can't be?

Club life isn't for everyone, but for me--it was everything.

I was a man who'd always demonstrated loyalty, pride, and grit. My brothers and those around me knew I was someone they could trust, and that I would always hold true to my word. They knew I'd never waver or show signs of weakness when it came to my commitment to the club, and as the president of Satan's Fury Memphis, I knew exactly what I had to do.

Then, I met her ... Samantha Travers--a woman who completely consumed me and I knew there would never be another.

This is my story. My Beginning.

The first five chapters of Gus were originally published in the WSJ/USA Today bestselling anthology Love, Loyalty and Mayhem. A second half has been added to the story giving readers a chance to see his perspective on events that occurred in Gunner's book. The plot is often similar, but coming from Gus, the vision is different.

This was intended to be a short novella, but Gus demanded more. It shouldn't come as a surprise. After all, he is the president of Satan's Fury- the most notorious MC in the south, so ladies get ready. This hot alpha president will have you begging for more.