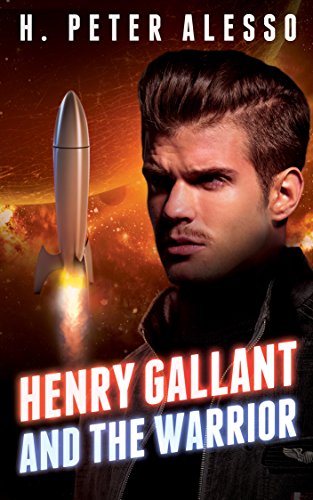 Henry Gallant And The Warrior

In the 22th Century, the people of the Solar System have banded together against an alien invasion. Unfortunately, they’re losing—badly.

In the 22th Century, the people of the Solar System have banded together against an alien invasion. Unfortunately, they're losing—badly.

As the only Natural remaining in the genetically engineered officer corps of the United Planet's fleet, Henry Gallant has unique mental abilities that have proven essential to the defense against the Titan invaders. Nevertheless his fellow officers lack faith in him, and worse, he has angered prominent men by speaking truth to power.

Despite this, Admiral Collingsworth has given him command of the Warrior, the most advanced stealth warship in the UP arsenal and ordered him to the alien's main base to spy, intrigue, and disrupt their war capacity.

Gallant's mission leads to risky battles and painful choices, but no choice is more personal, or intimate, than the choice to face your own death. And for Henry Gallant—a flawed young man, in a hopeless situation, against overwhelming odds—a dreadful decision looms before him.

He has only one saving grace—he is unafraid.