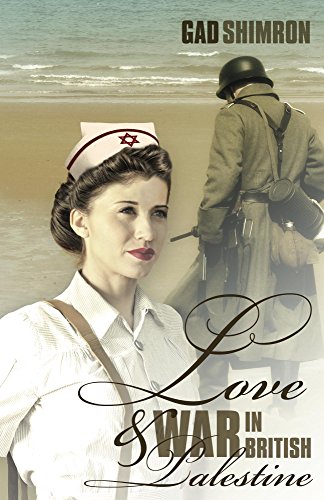 Love And War In British Palestine

Passionate love in turbulent times. An impossible love affair between a German and a Jew, situated in the beating heart of British Palestine. A sweeping historical novel based on extensive in-depth research and real events with fictional episodes

Passionate love in turbulent timesAn impossible love affair between a German and a Jew, situated in the beating heart of British Palestine.

"LOVE AND WAR IN BRITISH PALESTINE" is an unusual love affair that takes place in Jerusalem in the 1930s and 40s. Tamar-Henrietta Landwehr, a Viennese Jewish refugee, falls in love with Wolfgang Schwarte, a German man born in Jerusalem's German Colony. Heavy social pressure devastates the impossible relationship between Jewish Tamar and the Christian Wolfgang, offspring of the Templer community, many of which were active Nazis and supporters of the Third Reich.

Heartbroken and devastated, Wolfgang returns to Germany to pursue his studies. When the Second World War breaks, he is drafted as a commando paratrooper and finds himself dropped over Jericho to sabotage behind British lines. Tamar, who was trying to forget him, is astounded to spot him in Jerusalem in the summer of 1942, just as newspaper headlines are heralding Field Marshal Erwin Rommel's Afrikan Korps' invasion to Palestine.

A sweeping historical novel based on extensive in-depth research