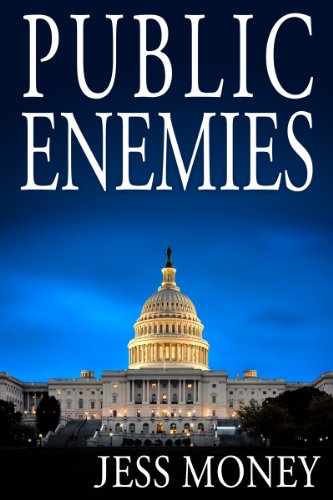 Thomas Paine lived by the rules -- until his employer went bankrupt and wiped out his pension and medical insurance. When his wife died from cancer, Thomas vowed to bring down the real public enemies (CEOs, politicians, bankers) by any means necessary. Welcome to the new American Insurgency.

The elite aren't afraid of laws or regulators or voters. The only thing they fear is an uprising of the people.

That fear is about to be realized.

The man who now calls himself Thomas Paine lived by the rules. He went to college, served in combat, raised a family, and paid his taxes. Then his employer went bankrupt, taking his pension and his family's medical insurance with it. After his wife's death from cancer he's vowed to bring about a Second Bill of Rights using targeted vigilante violence against the politicians, banksters, and sinister CEO's he considers the "real Public Enemies."

Can FBI Special Agent Darren Medlin stop Paine, or will too many who have watched the American Dream turn into the American Nightmare join his "American Insurgency"?

And what about ambitious but principled young talk show host Crystal Dickerson? By using her show to announce his threats and demands, Paine thrusts her into a spotlight she's not yet ready for, and into conflict with both Medlin and the entrenched special interests that stand to lose if these amendments are adopted.

Which direction will the country turn? Can targeted vigilante violence really force true political reform and save democracy, or will it just provoke massive government repression, and perhaps even widespread martial law? Is it possible that the insurgency will spawn a successful non-violent third party, or will government squash that as well? What important decisions will Dickerson have to make, and how far will Medlin go before he draws his own line in the sand?