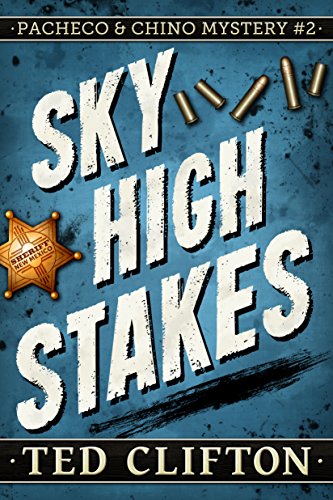 Southwest murder mystery with lots of twists and turns. Ray Pacheco and Tyee Chino have been asked by the state AG to find out what’s going on in the Lincoln County Sheriff’s department. Murder, lust, madness and greed were apparently visiting the high country, it was going to get ugly.

Tired of spending his days fishing, Ray Pacheco takes on his second assignment with his partner Tyee Chino when the state Attorney General asks them to find out just what the hell is going on in Ruidoso, New Mexico. With the town's sheriff in hospital with a mysterious illness, acting sheriff Martin Marino is running rough-shod over everyone around him.

What seems like a simple assignment becomes more complicated when Marino is found dead, shot at close range while sitting in his patrol car on Main Street. The suspects seem to include most of the town, but Ray and Tyee narrow it to three: Dick Franklin, manager of Ruidoso Downs racetrack, bar owner Tito Annoya, and, disturbingly, police chief Larry Nelson.

At the same time, Ray has an uneasy feeling that the AG is withholding critical details about what exactly is going on in Ruidoso -- and why the state was so slow to respond.

It all comes to a surprising conclusion with the involvement of a Spanish princess, a drug lord gone mad, and a few other lowlifes... and leaves Ray wondering if maybe fishing wasn't so boring after all.