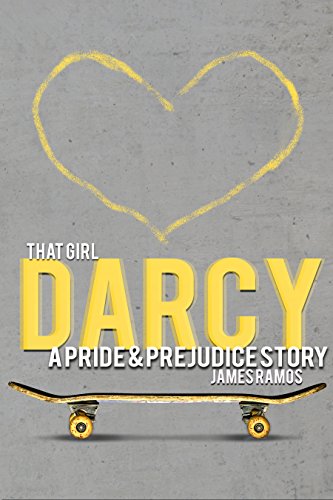 To Elliott Bennett, life is simple: parties, skateboarding, and comic books. That is, until Darcy Fitzwilliam moves in. For some reason he's determined to find out more her.

IT IS A TRUTH UNIVERSALLY ACKNOWLEDGED that geeky guys never get to date the pretty girls with permanent scowls.

To Elliott Bennett, life is simple. It's all parties, skateboarding, and arguing over who would win in a fight between Hulk and Superman with his friends. It's his senior year, and he wants nothing more than to soak up his final year of freedom before real life begins.

That is, until Darcy Fitzwilliam and her best friend Bridget move in to the only mansion in the neighborhood. When Elliott meets Darcy at a party, he finds out that she isn't into skateboarding (which he lives for), she hates science fiction (which he loves), and she thinks his friends are a pack of morons (which, honestly, might be half true)—and yet, there's something irritatingly intriguing about her.

When Elliott's cousin Jake starts to date her friend Bridget, it complicates Elliott's plans to ignore the scowling Darcy for the rest of the year. Why is Darcy so . . . ugh? Elliott doesn't know, but for some reason, is determined to find out—even if she doesn't know the difference between Star Trek and Star Wars.