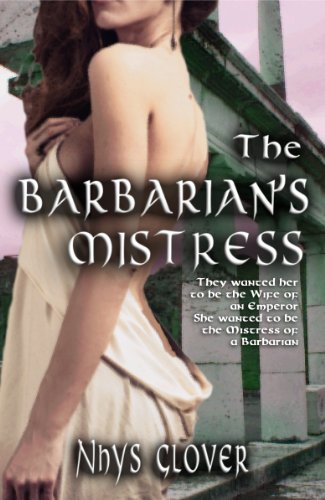 They wanted her to be the wife of an emperor, she wanted to be the mistress of a Norse barbarian. If she must cross the whole Roman Empire to have her heart desire then she will do it.

They wanted her to be the wife of an emperor; she wanted to be the mistress of a barbarian.

Being a wealthy noble can sometimes feel like slavery. Especially when your power-hungry mother plans to sell you off to a vile and decadent new emperor as his unwilling bride. So Anniana, the sheltered patrician, must give up her life of privilege to become Lara, the liberti. She must leave everything she has ever known behind, journey to Pompeii with a violent Norse giant as her only protector, and start a whole new life. But when Pompeii is destroyed and Salvia, her mother, sends assassins to track her down, it becomes a chase across the breadth of the Roman Empire to escape her fate.

Vali has every reason to hate Salvia, who used him as a sex-slave years before. Now he must keep her daughter safe, not only from hired killers and the many dangers of the journey, but from the biggest threat of all: Himself. Because a broken barbarian is no fitting mate for an innocent noble of Imperial Rome.

Ninia is sent to find her mistress. Her only desire is to save her dearest friend from the cruel Norseman. But when she’s ship-wrecked with Braxus, ex-gladiator and pirate, she unexpectedly discovers a chance for real happiness for herself. The only problem: The man she’s starting to love is in league with Salvia.