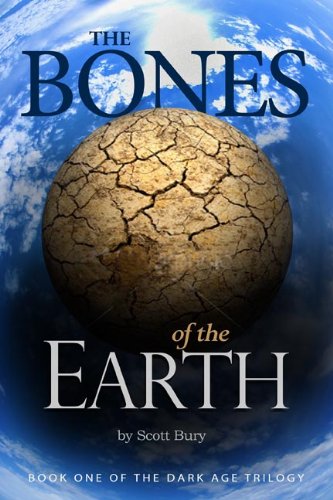 The Bones Of The Earth

The Dark Age: civilizations crumble under the pressure of plagues, earthquakes and barbarian invasion.
Rejected by his people, pursued by a dragon, young Javor goes to Constantinople for answers about the murder of his family, and is swept into a war among deep, mystical forces. He meets the beautiful Danisa. But why does she try to steal his dagger?

The Dark Age, eastern Europe: the earth has decided to rid itself of humanity with earthquakes, volcanoes and new plagues. Civilizations, even the mighty Roman Empire, crumble under the pressure of barbarian waves that are fleeing worse terrors.

Rejected by his own people, pursued by a dragon, young Javor heads for Constantinople, the centre of civilization, looking for answers to the puzzle of his great-grandfather's dagger and the murder of his family.

On the ancient, crumbling Roman highway across haunted, deserted Dacia, Javor rescues the beautiful Danisa from a human sacrifice. He cannot help falling in love with her. But Danisa has her own plans, and when she is kidnapped again, Javor has to wonder: what is the connection between his dagger, his lover and his enemies?