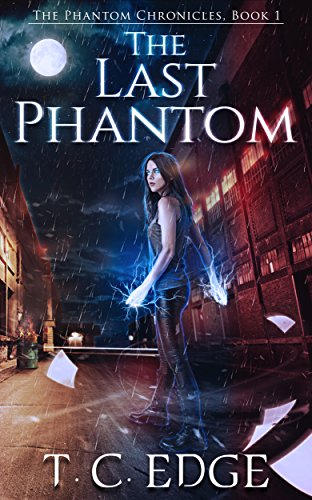 She is the last in her bloodline. The last Phantom. And soon enough, when all seems lost, help will come from the most unexpected of places…

She's been hunted all her life. Now it's time to become the hunter.

They say magic is only science we don't understand yet. A century from now we understand full well - science creates magic. And magic is destructive…

She's been hunted all her life. Now it's time to become the hunter.

Chloe Phantom has never been able to settle for long. At least, not since she was a girl. Living up to the promise she made to her genius father, just a week before he was killed in a fire at his lab, she's been on the move for years. And worst of all, she doesn't know exactly why.

All she knows is that her father made her different. That the nanotech he put inside her is giving her magical powers and keeping her safe. And that the people who killed her father are now after her too.

And some of them aren't exactly human…

Caught between the four new nations of a divided, future America, Chloe has found some semblance of peace in the deep 'earthscrapers' of LA, filling her days in the depths working menial jobs and trying to dodge the soldiers of the powerful WSA (Western States of America), and the terrifying nano-vamps that hunt people just like her.

But deep inside her there's a need to discover the truth of her past. And when her identity is exposed, and her hunters begin closing in once more, Chloe knows she needs help if she's ever going to unravel the mystery.

She is the last in her bloodline. The last Phantom. And soon enough, when all seems lost, help will come from the most unexpected of places…