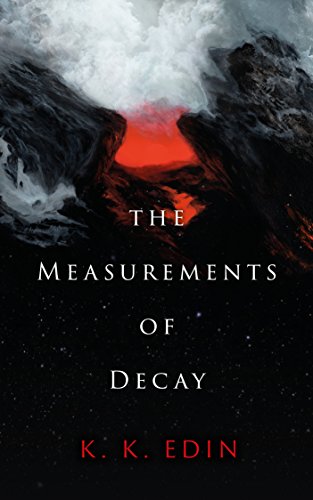 The Measurements Of Decay

Three narratives intertwine to tell a tale of escalating madness and heroism in this philosophical work of science fiction. : A lone renegade in the future, living his days as an exile on a starship that comes under attack. A miserable 21st C. philosopher sinking into madness as he tries to solve the problems of humanity. A girl unbound by time, who fleets through epochs as a mystic tourist.

In the far future, Earth's nearby star systems have been colonized. Outfitted with a device that allows them to escape into hallucinations at will, people spend most of their time withdrawn into their own minds. Tikan Solstafir, a renegade who refuses the illusory life enjoyed by others, lives in self-imposed exile on a starship. When a mysterious enemy attacks the ship, Tikan embarks on a mission to destroy the galactic tyranny and liberate humanity from its own dreams.

Meanwhile, in the 21st Century, a disillusioned philosopher believes that humanity's collective misery originates in people's failure to communicate with others and make sense of the world. Growing increasingly misanthropic and monomaniacal, he proceeds on a hermetic quest to save humanity from itself, while also succumbing to his own moral decline.