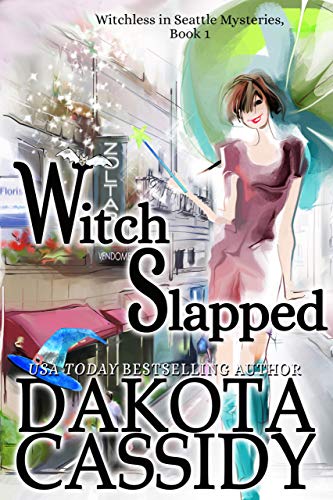 What's a girl to do when she's a broke, shunned ex-witch with a very tiny, very hungry bat familiar named Belfry to feed?

What's a girl to do when she's a broke, shunned ex-witch with a very tiny, very hungry bat familiar named Belfry to feed?

Hello. My name is Stevie Cartwright, and I've been witchless for thirty days.

If only there was a support group for down-on-their-luck ex-witches who've had their powers slapped right out of them (literally). Just as I was licking my wounds after returning to my hometown of Ebenezer Falls, WA, and navigating my suddenly non-magical existence with the help of my familiar, the only friend I have left in the world—things got sticky.

Enter an ex-spy and newly departed spirit named Winterbottom, who's infiltrated my life with his sexy British accent and a couple of requests...

Thanks to Belfry's successful attempt to use me as a human antenna to the afterlife, I can somehow hear Win. I should be ecstatic; helping departed souls used to be my witch specialty. It's like I got the teensiest piece of my old life back. Except Win's dropped me right at a dead woman's feet.

Madam Zoltar, the town's beloved fake medium, has been murdered, and Win wants me to catch the killer.

My old life won't be worth much if it gets me whacked before my new life has barely begun--and that seems to be exactly what the killer has planned!