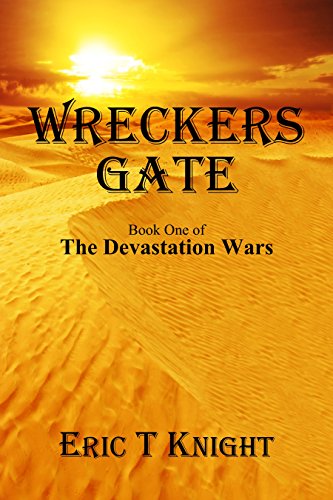 When two soldiers accidentally crack an ancient prison built to hold a god and his immortal followers, what emerges is something no one expected…

Two soldiers are forced to flee into the lifeless wastes of the Gur al Krin desert after their squad is ambushed by raiders. But larger forces are at work and they are lured to a cavern far underground where they find a massive, ancient wall with an odd stone axe sticking out of it.

One pulls the axe free. It is the weapon that will win him a kingdom, but taking it cracks a prison built thousands of years ago to hold a god and his immortal followers.

Now something poisonous is leaking into the world. Deadly diseases and strange monsters ravage the land. In the midst of the chaos a stranger appears, claiming that only he can save the world.

With nowhere else to turn, they accept his help. But the weapons he offers them are sinister and uncontrollable and they soon realize that his motives are not what they seem.

For in a war between the gods, the only guarantee is that none of the combatants care what happens to the human inhabitants of the world.

And none of them, neither gods nor men, is prepared for what will emerge from the prison…