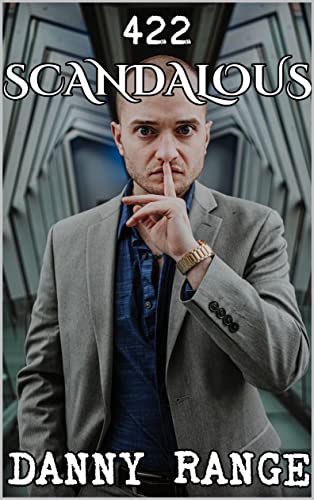 Former gangster pursues a normal life, taking a job working for an evil CEO. He must fight against the wishes of his mental illness, as it begs him to teach his boss a twisted lesson on ethics.

At eighteen, Bruno Marchesi moved from Warren, Ohio where he was raised, leaving behind haunting memories of his deep involvement with organized crime. His family was notorious for running the Italian mafia in the small town, which is just outside of one of America's original mafia strongholds, Youngstown, Ohio. That same family begged Bruno to leave home, get an education, and live an actual life. So, he did.

Five years later, Bruno was well on his way to achieving his lifelong dream of becoming a multi-millionaire entrepreneur who gave to his future children the chaos-free life he never got to experience. With perfect grades in an MBA program, elite networking skills, and unlimited motivation, Bruno was seen as a true prodigy in the corporate world. He'd ripped through the ranks of business at a rate the world had never seen.

But Bruno writes this story in first person while hiding in a dirty motel room, claiming that the police are on their way to slap the cuffs on him and put him in prison. What happened? Why did Bruno throw away his lifelong dreams? Where did it all go wrong? In the tradition of Joker and The Sopranos, Danny Range's riveting novel is an intense, ominous, and powerful work of art that shares an all-important, cautionary message for those struggling with mental illness. It's also an inside look at what it's like to live with the sickness.