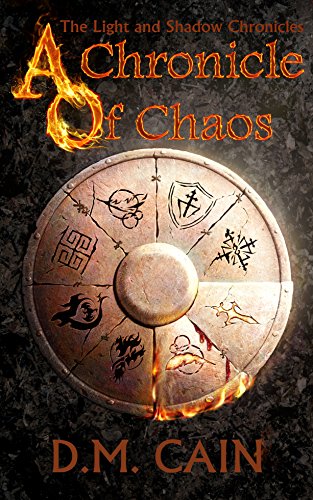 A Chronicle Of Chaos

War has raged for thousands of years and dragged the entire planet into carnage, unleashing people and creatures with catastrophic powers. In the hope of finally ending the brutal conflict, the Brotherhood of Shadow has summoned demons to fight for them.

A brutal war has raged for centuries. The Brotherhood of Shadow and The Children of Light each yearn to rule the planet, and will stop at nothing to defeat the other.

Now, from the deepest bowels of Hell, the Brotherhood has summoned demons to fight for them. These demons could end the war once and for all, if only the Brotherhood can keep them under control. Prophecy, destiny, honor, and glory: Chaos, a soldier in The Children of Light, fights in the name of all these things and could achieve them if he wasn't so arrogant. He believes he is the best warrior in the land, until a fateful coincidence puts him at the mercy of the demon, Anathema.

The two warriors, demon and human, strike up an intense rivalry, but their obsession to destroy one another only leads them closer together. When the forces of Heaven and Hell collide, where will their loyalties lie?