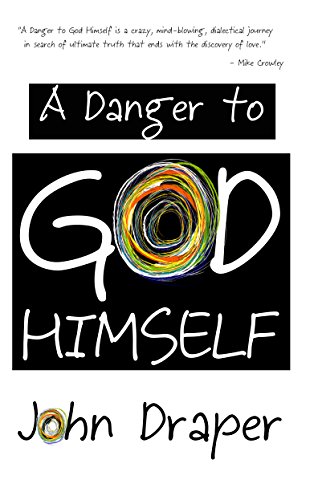 A Danger To God Himself

A Mormon missionary goes insane on his mission and all hell breaks loose. Miraculous occurrences. Various sexual congress. The God of the Universe striking people dead. A Danger to God Himself is a hilarious takedown of religious certainty—equal parts spiritual road map and coming-of-age tale.

A Mormon missionary goes insane on his mission and all hell breaks loose. Assorted sexual congress! Miraculous occurrences! The God of the universe striking people dead!

Mormon missionary/onetime hedonist Kenny Feller has realized that God isn't about to give him an ounce of the miracle power he needs to succeed on his mission—as promised. What's more, he's concluded that, frankly, people aren't worth the trouble. Then his new junior companion shows up—the wisecracking Jared Baserman—and immediately starts hearing heavenly voices and seeing fantastic visions. For Kenny, it is immediately clear that God has sent Jared to propel him into Mormon Manhood.

But Kenny's not the only person who takes note. Interests both virtuous and malevolent cozy up to Kenny and Jared, eager to make use of Jared's gifting. At first, Kenny takes this as a sign that his perceptions of Jared are spot on. God is using Jared.
But something's not quite right.

Specifically, why in the hell would God choose someone as slope-shouldered as Jared—someone so unreligious, so strange—to be a channel for His supernatural power? He doesn't even read the Book of Mormon. Plus he smells funny. As their tracting grows fruitless and Jared's messages grow more bizarre, Kenny begins to wonder: Is Jared really touched by God?
And, if so—what the !#%[email protected]! is God doing?