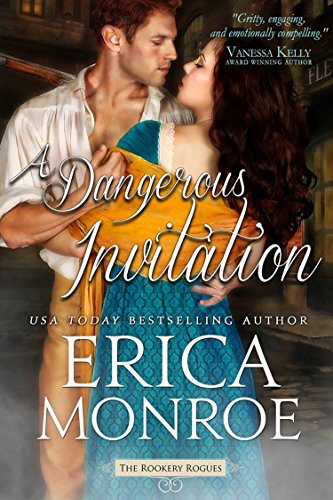 A reformed rogue falsely accused of murder must break free from the shackles of his past if he expects to win back his first love, a spitfire who works as a fence for stolen goods.

Scoundrels, thieves and rebels inhabit the rookeries--where the women are fierce and the men are dangerous. Are you willing to take the risk?

SHE'S GIVEN UP ON LOVE, AND WANTS ONLY INDEPENDENCE...

Torn from her life of privilege by her father's death, Kate Morgan survives in London's dark and depraved rookeries as a fence for stolen goods. The last man she ever expects, or wants, to be reunited with is her first love, who promised to cherish, honor and protect her, and instead fled amidst accusations of murder.

HE'S THE REFORMED RAKE DETERMINED TO WIN HER BACK.

One drunken night cost Daniel O'Reilly the woman he loved. If he ever wants to reclaim Kate--and his old life--he'll not only have to prove he's innocent of murder, but convince the pistol-wielding spitfire that he's no longer the scoundrel he once was.

Together, they'll have to face a killer. Time is running out...