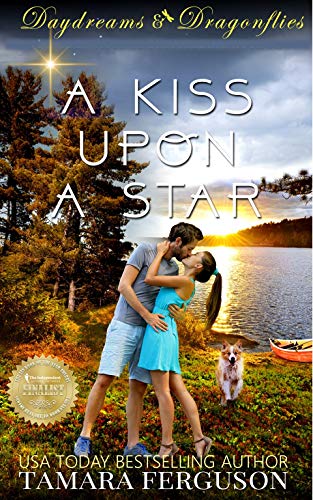 A Kiss Upon A Star

When Fate Offers Tim and Emily a Second Chance, Can An Air Force Wounded Warrior Veteran Break Through the Hardened Heart of a Rising Star?

When Fate Offers Tim and Emily a Second Chance, Can An Air Force Wounded Warrior Veteran Break Through the Hardened Heart of a Rising Star?

It's Christmas time when ten-year-old Emily and thirteen-year-old Tim first meet at Dragonfly Pointe. Emily has run away after hearing her mother arguing with her aunt and after seeing her sitting alone in the bleachers when his hockey game has ended, Tim makes sure Emily is returned to her aunt's home safely.

Fast forward eight years; Emily is now a rising star while Tim has decided to enlist in the Air Force intending to train service dogs. Tim is nursing a broken heart when he runs across Emily and comes to her aid, saving a stray puppy from drowning in the lake at the Dragonfly Pointe Beach. But little does Tim know that Emily's returned to Dragonfly Pointe to sing at the wedding of the girl Tim thought he was in love with.

Even though Tim doesn't recognize Emily right away, their chance reunion sparks feelings between them, and later on at the wedding, Emily's kiss makes Tim understand he's never really understood the meaning of the word love.

Although they try to keep in touch, little do they know that Emily's controlling mom is conspiring to keep them apart.

Later in their twenties, Emily's a famous vocalist who feels disillusioned with life, and Tim's an injured Air Force veteran who makes a living training service dogs.

But maybe their worlds aren't so different after all. Can Tim find a way to break through Emily's hardened heart?