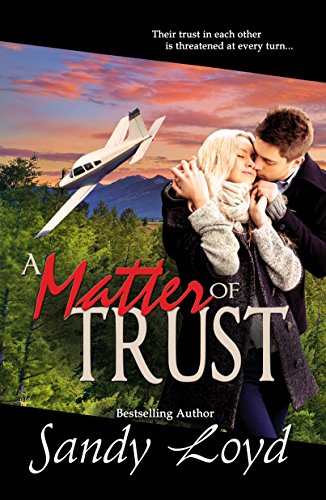 A Matter Of Trust

Stuck in the Montana wilderness after a forced landing, a flight instructor, and ex-CIA agent, is determined to keep his student alive while figuring out why someone wants him dead. Terror takes on a new meaning as he uncovers a heinous plot to destroy western civilization.

Tired of living in fear of an abusive ex, Cat Tyler takes charge of her life by learning to fly. When her cross-country flight ends in a forced landing, she finds herself trapped in the Montana wilderness with her flight instructor—a jerk who's been riding her butt since she first stepped into the cockpit, and she doesn't appreciate her growing attraction to him. To make matters worse, someone is trying to kill them.

While spiriting Cat away to safety, ex-CIA operative, Josh Buchannan, discovers that their pasts connect. A failed mission, one he's tried to forget, killed Cat's parents, and he wonders if this is her twisted way of getting revenge. Josh can't trust Cat, but he will protect her.

As they work together to uncover the truth, they must stay alive long enough to reveal the newest threat to western civilization. If they make it out alive, they'll have to come to grips with their pasts in order to create a relationship built on mutual trust for their future.