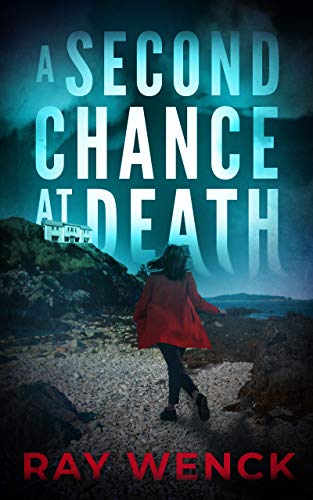 A Second Chance At Death

After surviving a killer's bullet, policewoman Bridgett loses confidence. She leaves the force to find herself but is drawn into a hunt for a serial killer. But something else is going on in this small town. Something more deadly. Caught between two killers even the bravest would struggle to survive.

After surviving a killer’s bullet, second chance is a term few people understand better than Bridgett. But a second chance doesn’t mean life will be better, or even easier. Nervous and afraid, her self-confidence shattered, Bridgett becomes a liability as a police officer. To escape her fears and perhaps salvage what is left of her marriage, Bridgett convinces her husband, Drew, to start over by moving to far off and remote Lubec, Maine.
Once in Maine, it doesn’t take Bridgett long to realize moving was a mistake and her marriage is over, but when a body is found along the coast and the only law enforcement an hour away, Bridgett is recruited to aid in the investigation. Drawn into the search for a serial killer, she pushes her problems aside.

Confidence still shaken, she begins the hunt, unaware the serial killer is stalking her. As her investigation proceeds, she becomes aware that something else is going on in this remote town. Something much more dangerous. Somehow, she must face her fears to end the threat but caught between a serial killer and an unknown deadly force, even the bravest would struggle to survive.