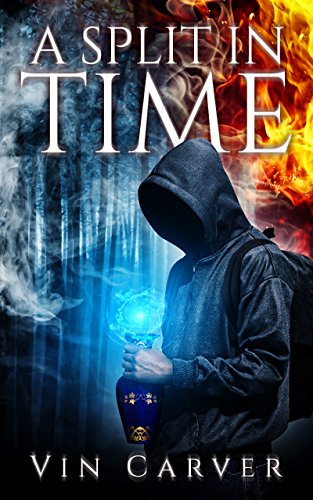 A Split In Time

Fifteen-year-old Warren Renner can skip between parallel time lines using his dead brother’s urn, but not for long. Now, he must choose between the sorrow and loss he’s always known, and a world where his brother never died. Which would you choose?

His parents chose to put his brother in the urn.

Fifteen-year-old Warren Renner fantasizes about living alone in the forest on the edge of small-town Tamarack—no gym class, no yelling, and no death threats. His suicidal best friend, Tanner, fantasizes about getting high for the first time, and insists Warren come with him.

But when a lightning strike breaks up their party, a murderous old man tries to keep Warren from discovering a parallel time line where his parents don't yell at each other, no one at school is trying to kill him, and his brother is still alive.

Now, Warren must choose between the depression and loss he has always known, and a world where nothing ever goes wrong. Which would you choose?