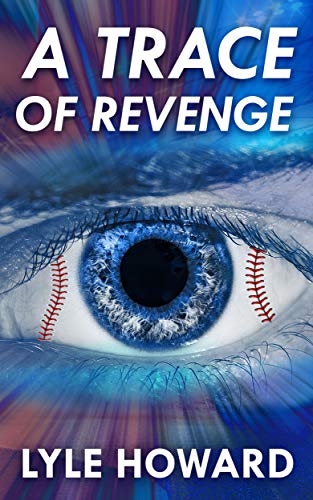 A Trace Of Revenge

A young boy is left for dead by the killer who brutally murdered his parents…
He grows up in a world of silence, but what fate takes away, destiny sometimes replaces...
A simple foul ball will ignite a chain reaction of events reaching its explosive climax aboard the most innovative ship on the ocean.

A young boy is left for dead by the assassin who has just bludgeoned his parents.

Matt Walker witnesses the murder of his parents but is able to escape and remains alive. He loses his ability to hear but finds out he has a unique power called Psychometry. This power is an ability to "trace" or know an object's history, just by touching it.

A few years later, a top-secret government armament is stolen during a deadly hijacking at sea and someone intends to sell the powerful weapon to fulfill their own twisted ambitions.

At the same time, a ruthless mob boss has a gruesome secret that he must protect no matter the cost.

All it takes is something as unassuming as a foul ball hit at a Major League baseball game, to send all of these characters and events spiraling on a collision course aboard the most unique cruise ship ever built and send Matt on the quest to find his parents' killer.