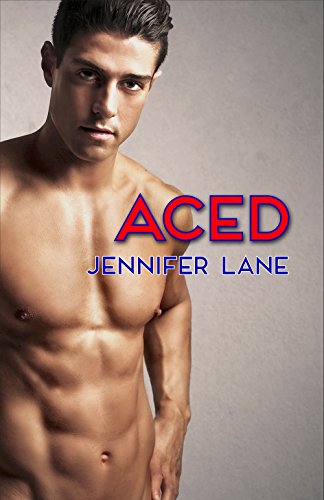 Have you ever been in love? Med student Alejandro Ramirez hasn’t, until he meets his match in volleyball star Maddie Brooks.

Volleyball wonder Lucia Ramirez found her love match in Blocked despite the glaring political spotlight aimed on her family. In Aced, the second book in Jennifer Lane's Blocked series, it could be her brother Alejandro's turn to get lucky in love.

Medical student Alejandro's hot Latin looks get him plenty of attention, but his deep faith and admiration for his father keep him on a righteous path, with no time for something as frivolous as love. He strives to do the right thing—study diligently, take care of his siblings, represent the family well—so why does he feel so unfulfilled?

Enter Lucia's friend and teammate Maddie Brooks, who shines at blocking the ball and acing the serve. Too bad this graduating senior isn't so confident about her life off the court. Her longtime boyfriend has just bailed on her, and med school applications loom large. Oh, and a nerve-wracking tryout for Team USA also approaches.

Maddie meets Alejandro when he visits Lucia at school, and she's soon drawn to his sharp mind. Alejandro is similarly intrigued by Maddie's talent and strength. But will personal biases and family politics smother the slow burn of their attraction? Unless Maddie can learn to believe in herself, and Alejandro can become his own man, their kindling romance hardly stands a chance.

Will either of them be bold enough to try something new? Find out in this emotion-rich story that refuses to shy away from life's hardest questions. Because love is worth the risk.