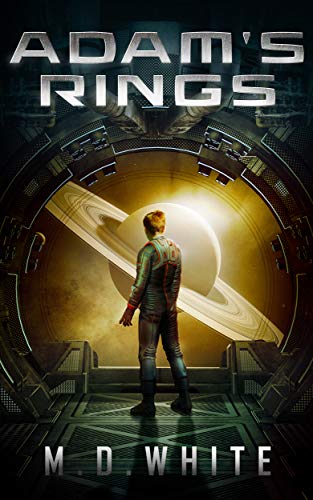 Adam lived an idyllic life but every breath has been a lie. He dreamed of becoming an astronaut until he woke up on a space station. Thanks to an accident, he rose without the training that would have allowed him to thrive. Will he survive the wilderness of deep space?

Adam lived an idyllic life, growing up in the rural United States. He showed promise as a student and held a fleeting dream throughout his existence that he would one day prove himself enough to travel to the stars, see the universe, leave footprints on the Martian soil and solve the greatest mysteries ever presented to mankind.

But every breath of his life has been a lie.

Adam has been grown in a machine on board a research station orbiting Saturn and designed to be its perfect operator. Had the experiment succeeded, he would have thought he launched from Earth as an astronaut and woken up on the far side never the wiser. Thanks to a catastrophic accident, he has arisen years early, without the training and development that would have allowed him to thrive and accept the calling.

Adam has been provided the opportunity to live his greatest dream, although the circumstances are merely an illusion. As the arbiter of humanity's most ambitious research mission in history, will Adam accept his fate, strive against those who stole his early years of innocence, or fail in a fleeting attempt at survival, unprepared and alone in the crushing unforgiving wilderness of deep space?