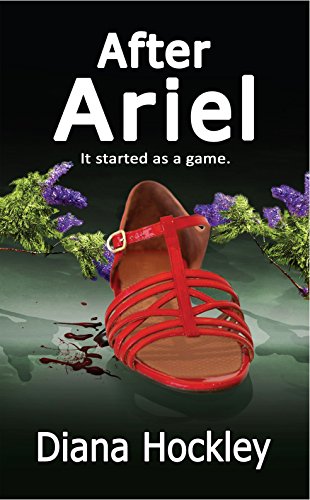 DI Susan Prescott has two murders to investigate and a husband to worry about.
Pamela Miller, classical flautist, is looking forward to her major concert at the Concert Hall at Southbank.
Ariel meets a gorgeous man on a plane.
Dingo just wants to play games.
Then it all goes wrong.

Detective Inspector Susan Prescott never dreamed that at her age she would be keeping a secret from her husband, David, but before she gets around to revealing all, he is called away on what she suspects is dangerous business. If that isn't enough to worry about, two murders - which she believes are connected - have to be investigated, one of them involving a close friend.

Pamela Miller, classical flautist, having overcome her debilitating stage fright after intensive hypnotherapy, is looking forward to her major concert at the Concert Hall at Southbank. However, her triumph is somewhat muted after a devastating discovery and its aftermath. The advent in her life of a sexy detective is a bonus, but is she hoping for more than he is prepared to give?

Ariel is delighted by the gorgeous musician she meets on the plane from Sydney, but is frustrated by not being able to boast about it to her girlfriends. He's asked her to dinner, but she has a better idea - how about a fun night at home?

Then it all goes wrong.