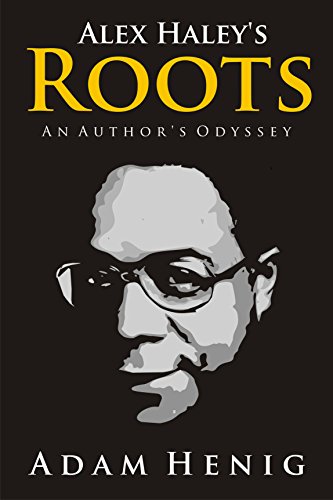 He was on his way to becoming the most successful author in the history of publishing until it all fell apart.

In 1977, when the New York Times declared that the television mini-series Roots was the "most significant civil rights event since the Selma-to-Montgomery march of 1965," its author, Alex Haley became America's newest "folk hero. "

His book was on the Times' Best Seller's list for months, and won the Pulitzer Prize. His story had captivated a nation and then the world. From Idaho to Israel, it seemed everyone was caught-up in "Rootsmania."

Alex Haley was on his way to becoming the most successful author in the history of publishing. That's when his troubles began.

Within a decade and a half following the publication of Roots, Haley managed to alienate most of his fellow writers and at the same time squander most of his wealth. When he died at the age of 70, his estate was auctioned off and his iconic book went out of print.

Based on interviews of Haley's contemporaries, personal correspondence, legal documents, newspaper accounts, Adam Henig investigates the unraveling of one of America's most successful yet enigmatic authors.