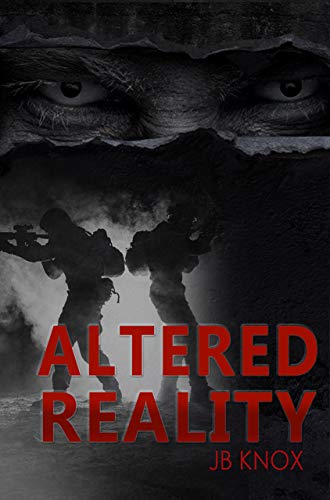 Altered Reality is the explosive sequel to The Alter. This globe-trotting, violent, supernatural thriller – packed with high-octane action and plot twists, tragedy and triumph – is certain to grab hold of your attention and never let go.

The world is changing. Alters – rare beings, blessed with incredible, supernatural abilities – are being hunted. Giant corporations, with unlimited resources and small armies at their disposal, want to capture them, exploit their gifts, and make billions in the process.

James Hyde hoped he had found peace at the alters’ temple, deep in the Thai jungle. He was wrong. The temple’s elders have made him into an assassin, dispatched to murder the businesspeople who are getting too close to uncovering their secrets. One evening, after returning from a mission, James witnesses a prophecy.

“Powerful,” Yod rasped. “So… powerful. I see him. A boy. He stands upon a pile of bodies. A mountain of bodies. So much… death.” Yod’s eyes, now completely pale, were still fixed on the ceiling, but James felt that the old man spoke to him. “Find… him. You… must find him.”

The boy in question – Samuel Barkley – possesses a level of power which the world has never seen before. James quickly finds himself in a race to reach Samuel, and be the first to harness his power; a race which will ultimately change the course of human history.