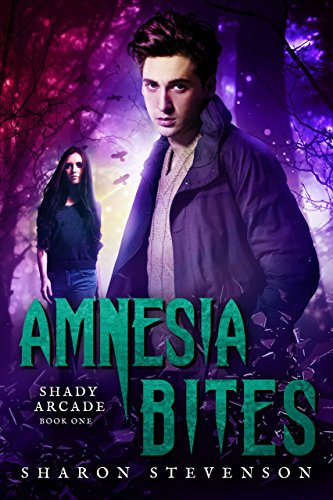 Once Bitten, Forever Forgotten...
The death of a young girl plunges amnesia-stricken Zack into a shady world of supernatural forces and dark alliances. As danger rises around him, will he realise who has his best interests at heart, before it's too late?

Visions. Emotional imprints. Zack is able to pick them up through mere touch to an object. However, the one who considers himself a freak cannot for the life of him find out about his own past, amnesia having struck him six months earlier when an incident forced him into Witness Protection in the small town of Shady Pines.

In his life there's Bridget, the cop assigned to protect him, and Chloe, a girl who works in the same arcade, a stranger to him.

But nothing is as it seems, and Zack will discover the truth when the death of a young girl plunges him head-first into a shady world of supernatural forces and dark alliances.

Bridget actually has an agenda, and her bosses want more than to protect Zack. Whereas Chloe is the woman Zack loved...and forgot.

As the danger rises crescendo around Zack, will he be able to figure out who really has his best interests at heart, before it's too late?