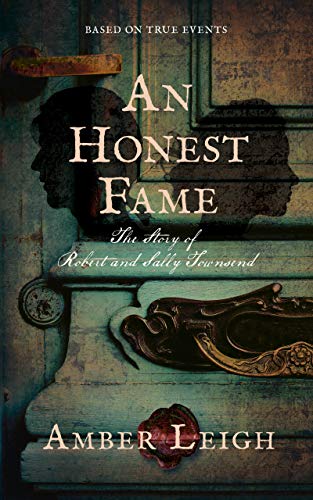 Discover these real-life Quaker siblings who lived under the British occupation during the Revolutionary War...Robert as a spy for George Washington, and Sally a girl forced to share a home with enemy soldiers. Follow them through their tragedies and triumphs, as they witness the birth of a new country.

Witness the birth of our country through the lives of two unlikely heroes...

Robert and Sally Townsend, children of a prominent Long Island Quaker, have simple goals. Robert wishes for an independent life as a merchant in New York City, and Sally hopes to become the accomplished young lady she's long striven to be. But escalating tensions between the colonies and Britain interrupt their plans, upending life as they have always known it.

They see their father, outnumbered and opposed by his Loyalist neighbors, struggle for the Patriot cause as war looms ever nearer. Then the British arrive, invading and conquering New York City, Long Island...and the Townsend home.

After returning to work in a vanquished city, Robert fights the enemy with the only weapon at his disposal—deception. Compromising his Quaker honesty, he joins a ring of spies in the employ of George Washington. He tries his best to continue life as usual, ferreting out secrets while living in constant fear of discovery.

Sally, meanwhile, conceals her anger with smiles as she and her family cater to their enemies’ whims. Then comes a day when her smiles are no longer forced, and her enemies become her friends. When she loses her heart to a British officer, she wonders whether she can be loyal to him and to her country at the same time.