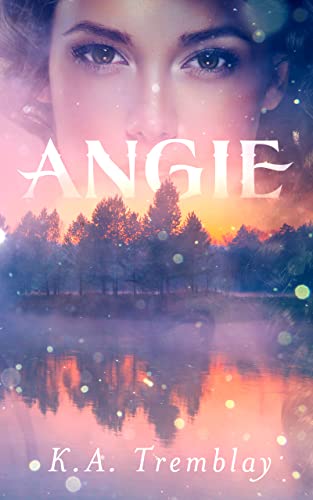 Straight arrow David can’t believe cool girl Angie is as into him as he is into her. He wishes she wouldn’t smoke weed—and worse—with bad boy Charlie, but it’s how she deals with her dark moods. Can David’s love save her, or will the darkness win?

It's 1974, and David Judson is in his first year at Veterans' High. Despite his family problems, David has it together: he's an honor roll student, he has a steady job, and he plays trumpet in the marching band. He doesn't drink, smoke, do drugs, or party.

Then he meets Angie Brulotti.

It's not just that she's beautiful, it's that she's fierce and free-spirited, plays the flute like an angel, and to David's surprise, seems to like him as much as he likes her. The only hitch is that sometimes Angie becomes unaccountably sad and goes off with local bad boy Charlie Seldon to smoke and "take the edge off." David is hurt, though he tries not to mind, and he's worried Charlie's getting her into harder stuff than weed as Angie's melancholy seems to become more frequent and severe.

But David has a secret plan: he's going to take such good care of Angie she'll see she doesn't need drugs, and everything will be fine because love can fix anything.