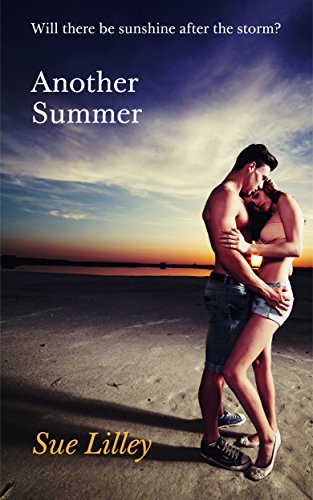 Evie believes her marriage to Joe is over. But Joe is on a mission to win her back. Will he reach her before she falls under the spell of sexy rock singer Jake?

Can Evie cure her heartbreak by escaping to a new life in the sun with hot rock singer Jake? Or can Joe convince her one last time that she belongs with him?

Joe is the only man she's ever loved, since that long hot summer when she was sixteen. But how many lies is too many? Is it time to admit their marriage has fallen apart and they've finally reached the end of the road?

Devastated by his latest betrayal, Evie flees to her grandmother's cottage in the stormy wilds of picturesque Cornwall, to grieve and make plans for an empty future without the man she believed was her soulmate. Alone and vulnerable, she falls under the spell of charismatic Jake who sweeps her head first into an irresistible and steamy affair.

Meanwhile, when Joe comes home to find Evie gone, he's spurred into action to win her back. But his journey turns into the road trip from hell. Battling his inner demons and the worst weather the UK has seen in years, he has to drive the full length of the country to reach the remote Cornish cottage where Evie is hiding.

He believes he can persuade her to come back. But does he mean it when he swears he's turned over a new leaf? Can he convince her one more time that he can change? Or has he left it too late to realise he's always loved her?

Then a single moment of madness causes a tragic accident in a raging storm. An ancient bridge is smashed to matchwood and it seems that any hope of a happy future will be swept away. The old hurts are much too deep and forgiveness seems out of the question.

Yet someone can see the sunshine after the storm and he wants to share it with Evie. But is that what Evie truly wants?