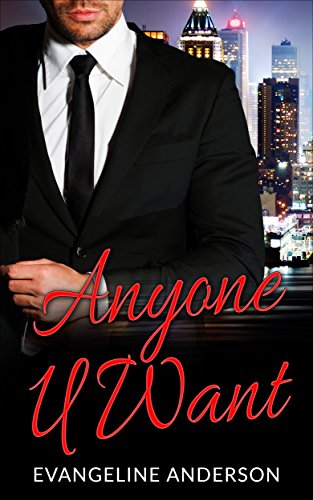 What to do when you're in love with your hot Billionaire boss and can't have him? Make an android of him, of course!
That's what Holly Sparks plans when she visits Anyone U Want Androids Inc. But what happens when her boss discovers her naughty plan?
Who needs an android when you can have the real thing?

What can you do when you're in love with your hot Billionaire boss and you know you can't have him? Make an android of him, of course.

Holly Sparks is the plus-sized assistant to Grant Harris the Third--the billionaire magnate of the largest hover car company in the world. She's dying for a chance to be dominated by her sexy, unobtainable boss but she knows she's not his type. While on a business trip to the moon, Holly visits Anyone U Want Androids Inc.--a company that promises to make a life-like android replica of anyone. It might cost her entire Christmas bonus but to Holly it's worth it to have the man she dreams of even if it's not really Grant.

Grant Harris the Third might appear to have it all but there's one thing he can't have--his curvy little assistant, Holly. Grant is sure his need to dominate a woman would scare the timid Holly away and he doesn't want that--better to have her in his life as an assistant than not at all. But then, on a business trip to the moon he happens to find her dream-viewer--full of naughty fantasies with him in the starring role. And when he sees the brochure for Anyone U Want androids, the temptation to make Holly's fantasy a reality is just too great.

After all, who needs an android when you can have the real thing?