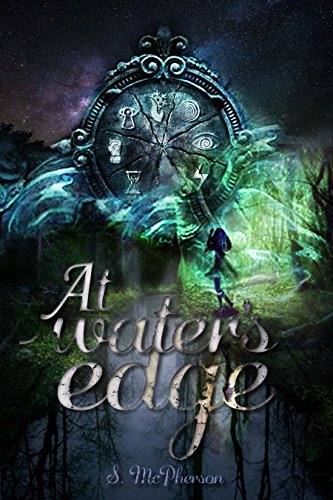 What if there was another you, living in another world?
17 year old, Dezaray Storm, finds herself thrust into an alternate reality, when she accidentally trades places with her counterpart, a magical version of herself. Dezaray gets lost in a realm of empires, heathens, magic and war. Whilst her counterpart struggles desperately to return and set things right before all is lost.

When 17-year-old, Dezaray Storm drunkenly stumbles across a portal one night, her abused and broken life begins to change, mainly because she starts living someone else's life.

Accidently trading places with the most powerful sorceress of the realm, Coldivor, Dezaray finds herself assuming the identity of her magical lookalike, having to convince everyone in the realm that she's the real deal.

Aside from a few minor hiccups along the way, like the fact that she is not magical nor does she know even the simplest cards trick; Dezaray soon finds herself settling in. Particularly in the arms of Milo; a blue-eyed jokester with the ability to teleport.

However, it doesn't take long for Dezaray to realise that life on the other side is far from glitz and glamour and that creatures unimaginable are hunting her. A war is brewing between the seven empires of Coldivor and those that long to take over. Dezaray's enchanted double is their only hope; their secret weapon, set to be unleashed on her eighteenth birthday when she is gifted the powers of her forefathers.

But for the enchantress to return, Dezaray has to leave, and the thought of going back to Islon fills Dezaray with dread, for more reasons than one. Torn between a reality she can't stand and a fantasy she can't keep, Dezaray is struggling to see how any choice she makes will lead to a happy ending.