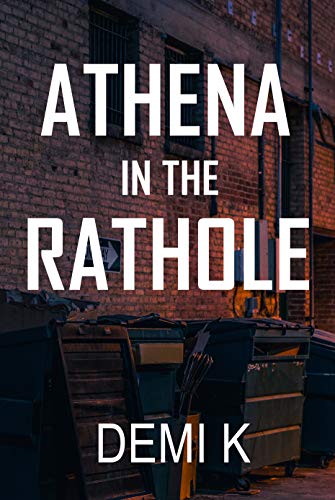 Athena In The Rathole

Athena is a young girl who immigrated to America from Greece. and living with two toxic parents.They own a restaurant and bar in a seedy neighborhood.Where Athena started working at eight years old .Athenas mother is very abusive towards here .She blames all her problems on her.Athena is going to do the unimaginable.She meets a psychic granny that tells her to go to a place up north.But is she going to do it?

Athena is born at the wrong time, to the wrong parents, and in the wrong country. Her parents are Greek immigrants trying to find their way in America. Athena bounces between two countries, two cultures, eating Greek eyeball stew and lamb’s brain on the one hand, and ice cream cones with sprinkles on the other.

Humorously told, Athena must survive her vicious mother, a shaming nun, bullying classmates, and an abusive babysitter. Her mother blames Athena for the family's troubles and Athena comforts herself by sneaking Greek delicacies. In Greek culture you’re supposed to be pretty and skinny, basically perfect. She is neither of these things. Things go from bad to worse and Athena is sent away to a school for disturbed kids.

Athena’s only hope is to break free from her mother’s explosive volatility and smothering vice grip. She finds support along the way from an unlikely lot of total strangers, including a Portuguese family, an art teacher, a psychic granny, gang members, and a hooker. Without them Athena doesn’t stand a chance. But can she find her way before her mother destroys her?