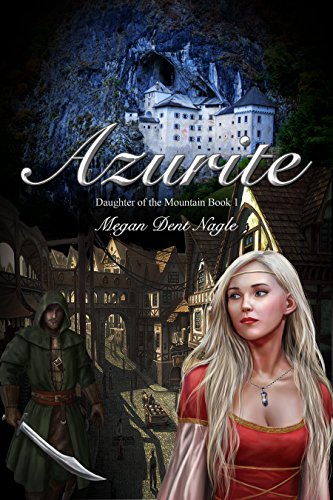 In a world where history is rewritten so that lies become truths and truths become lies, Zora Winnser, the exiled heir to the Samarian throne, must embrace her new identity as a wielder of Ithillium in order to combat the evil invading her homeland. But will her country accept her back for what she was? Or hate her for what she has become.

There is magic in the earth.

It is a volatile force, forged from the energy of our planet's birth and instilled into the spirit of every living being. It is what binds the world together-constant and unchanging, simply existing, unable to be created or destroyed.

Our progenitors named it Ithillium.

In the beginning, there were those who could maneuver Ithillium-sorcerers who Bonded to it. Used it. But now their legacy only survives by the grace of their legends. There are those who believe sorcerers still exist, but fear of persecution subdues them into silence.

And there are those, the anomalies, who are ignorant to the truth, but by their very existence prove what should have been told from the beginning. The last heir to the Samarian throne, Zora Winnser, is one of these people.

Resented by her Queen mother and denied her right of ascension by an archaic law, Zora is exiled to Cara, the southern most country in the Realm. It is these trials, and the appearance of an unlikely companion, that forces Zora to face the truth about herself, her abilities, and the world as she knows it.

Back home, an ancient foe looms on Samaria's horizon, threatening to exploit the very heart of their wealth-the mines. Embittered with secrets of her own, Queen Evangeline foolishly leads Samaria into certain demise, through a war they cannot win. Throughout the country mutiny is unleashed, loyalties are tested, and all faith in Evangeline is lost.

In order to combat the evil invading her country, Zora must embrace her new identity as a wielder of Ithillium. But in a world where history is rewritten to accommodate an ideal, where lies become truth and truth become lies, will her country accept her back for what she was? Or hate her for what she has become.