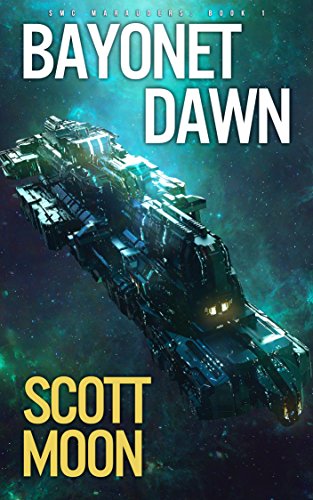 One young man joins the Starship Marine Corps to search for his lost siblings. Tough as nails veterans help him along the way as the galaxy faces a new threat.

Family honor. Unbreakable destiny. Ultimate sacrifice. One man will do anything to save what matters most.

Kevin Connelly embarks on a quest to honor the memory of his grandfather, a war hero in a neighborhood without heroes, and rescue his twin siblings from mysterious aliens. His older brother, now the head of their orphaned family has other plans, requiring him to flee a contract with a powerful crime lord. Military enlistment might be the answer to his prayers or the beginning of his destruction.

Ace and Amanda-Margaret Connelly learn firsthand the secret of the Siren doom when they are captured by a race of giants opposing their Siren masters. Nothing is what it seems. The human race will soon learn rebels are treacherous allies.

Gunnery Sergeant Robert Priest, PhD, is dedicated to the 343rd Marauders despite the horror of Brookhaven and the damage done to his closest friends. Duty doesn't get easier when the Connelly family complicates his mission of vengeance and redemption.

Bayonet Dawn is military science fiction packed with camaraderie, action, and a family saga to be remembered. The book strives to realize the best elements of classics in the genre: Starship Troopers, Battlestar Galactica, and Dune.