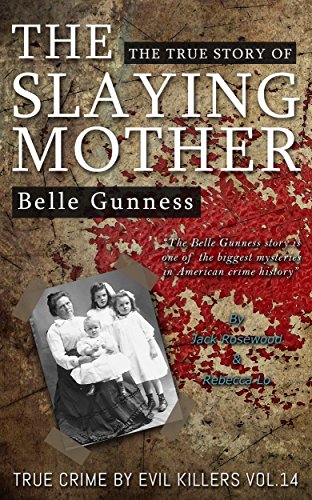 Belle Gunness: The True Story Of The Slaying Mother

This is the true story of Americas worst female serial killer, Belle Gunness who likely had a kill count of 40+ people. This case is a real mystery...
This female serial killer was not only the worst in Illinois history; she was also one of the worst American serial killers ever recorded. But she also became somewhat of a legend, shrouded in mystery, revenge and money.

There are few serial killer biographies more disturbing, than the story of Belle Gunness. This female serial killer was not only the worst in Illinois history; she was also one of the worst American serial killers ever recorded. But she also became somewhat of a legend, shrouded in mystery, revenge and money. This is a story that will shock you more than most, because of the sheer horror of her crimes. A tragedy that rocked the county of La Porte, as one by one, more bodies were unearthed beneath the pig pen.

With an estimated 48 deaths at her hands, Belle Gunness poisoned, bludgeoned, and decapitated her victims, all so she could line her pockets with their savings and insurance policies. This lonely hearts killer was known as Lady Bluebeard, amongst other names, luring her victims with newspaper advertisements. Men thought they were coming to marry a wealthy woman - they had no idea the price they would pay.

Men, women and children all fell victim to this horrendously cruel woman. She showed no emotion, no empathy and certainly no mercy. In 1908, mystery surrounded a decapitated body in the burned ruins of her home, alongside the bodies of three of her children. Did Hell's Belle finally meet her match in the form of Ray Lamphere, the man accused of the arson and murder, or did she fake her own death? Was she the woman arrested for murder decades later? This true crime serial killer biography may just have those answers.