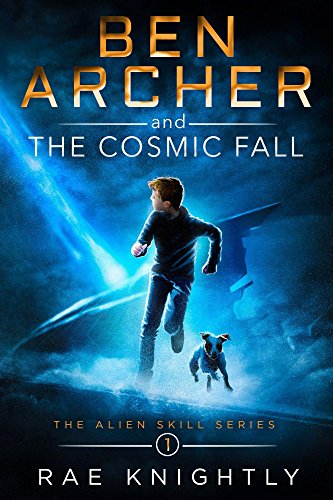 Ben Archer And The Cosmic Fall

When objects fall from the sky, the media call the event "The Cosmic Fall", and report that meteors crashed to the ground. But Ben Archer knows that the government covered up the truth: it was alien spacecraft that fell that night, and one occupant survived: an alien man called Mesmo.
Ben and Mesmo must flee from government agents, as among them hides an enemy who wants them dead.
But one question hovers above their unlikely friendship: why did the aliens come to Earth?

A HUMAN BOY WITH AN ALIEN POWER.

"The thing is, it wasn't meteors that fell into the woods that night. It was alien spacecraft."

Government agents have taken every precaution to cover up the truth about an event dubbed The Cosmic Fall: when UFOs crash near a peaceful town, the media are led to believe it was fallen meteors. But the agents weren't counting on young Ben Archer being a witness. Nor were they counting on there being a lone survivor of the crash: an alien man called Mesmo.

Thus begins a police hunt to capture the boy and the alien, as, among the agents, hides Mesmo's treacherous enemy who quietly spurs on the investigation.

And although the destinies of boy and alien become inextricably linked, one question hovers above their unlikely friendship: why did the aliens come to Earth in the first place?