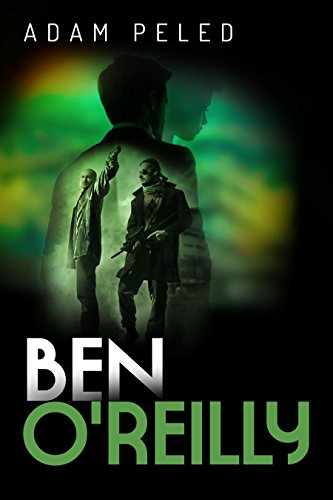 Ben O'Reilly, a member of an elite reserve combat unit, finds himself added to a mysterious WhatsApp group. Group members begin to disappear. Faced by a sinister espionage conspiracy and a gang-war, can Ben bring the evil forces to justice?

Imagine finding yourself added to a WhatsApp group whose members start disappearing!

Ben O'Reilly, divorced and in his 40s, is a member of an elite reserve combat unit who has lost his faith in love and relationships. He finds himself added by an unknown individual to a mysterious WhatsApp group. The only group member known to him is Eddie, who once was his best friend but became his enemy. Ben falls for Sharon, who he discovers was once married to a member of the group. Then group members begin to disappear one by one, and Ben suspects that he is also being targeted by a well-known mafia boss in the group.Then a call to an unknown group member sets off a bomb!

When Ben dials an unknown group number, his call triggers a bomb at the airport. Sharon is injured in the blast, but Ben worries that she is somehow tied to the attempts on his life. When Ben arrives at her home, he discovers that she had been involved with sinister members of the WhatsApp group.Ben must bring all of his skills together to best the bad guys!

Faced by a shady espionage conspiracy, involving his former best friend and a shady FBI agent, and a raucous gang-war, Ben must act. Can he neutralize the evil forces and bring them to justice?