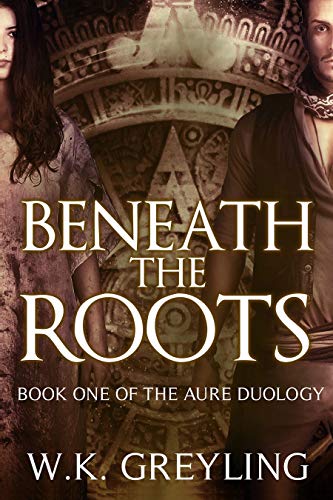 When free spirited Merisande flees into a cursed wood to avoid an unwanted marriage to Sir Avry, she finds herself in a hidden kingdom full of winged people who keep human slaves. Her betrothed follows her there, and they are both captured and enslaved.

The isle of Aure is an odd place. Half is buried under a perilous "cursed wood," the other half is speckled with the ancient remains of a lost civilization. Aure's newest inhabitants have made their homes on top of those ruins. Myths and legends abound. Stories about the fae are widespread, but never taken seriously. Soon, though, everything is about to change...

When twelve-year-old Merisande happens upon a young fae prince, he gives her a summoning stone she can use to call him if she's ever in need of help.

Nine years later, Merisande is at a crossroads when her younger brother releases a bull from its pen and it damages the neighboring lord's flock. The lord offers to set aside the damages if she'll marry his son, a knight named Sir Avry.

Despite Avry's deep love for Merisande, she despises him. Years ago, he helped give her brother a severe beating. The memory of that violence has stayed with her, and she decides it's best to flee. Using the stone, she summons Gandel and begs him to take her through the cursed wood to his land, Thorsault.

But the fae kingdom turns out to be a dreadful place. The only humans living there are mute, sickly slaves who labor all day for their fae masters. Though Merisande is under the protection of Prince Gandel, she does not feel safe.

Then, by chance, she encounters Sir Avry, who has followed her into the kingdom. Avry had nothing to do with the letter his father sent and refuses to marry a woman against her will. Merisande realizes that she may have prejudged him. But this problem is greatly overshadowed by much bigger ones: Gandel is unable persuade his father to free Avry, and the slaves are dying from a terrible plague. With no one to replace them, the fae king prepares to harvest more, and his target is none other than Merisande and Avry's own people. Can they escape and warn their country before the unimaginable happens?