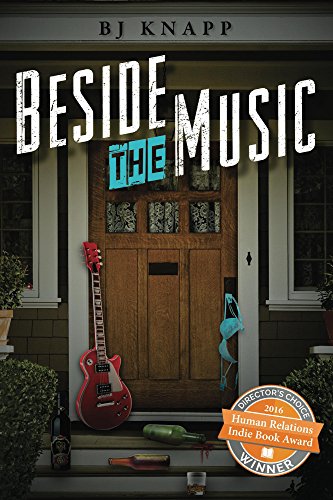 Brenda and Tim get more than they bargained for when 80s metal sensation Hydra moves into their house. Will their marriage survive? Can Brenda be one man's wife and another man's muse?

As they each focus on their own careers, Brenda and Tim face a floundering marriage—and things get even more complicated when eighties metal band Hydra ends up camping out in their suburban Rhode Island home.

Hydra arrives after Brenda, once an ardent devotee, writes a sympathetic fan letter to its troubled leader, Keith Kutter. Now, desperate for a comeback, the band prolongs its stay after Keith finds inspiration for a new song.

But recording an album is a slow process, and the intrusion really bothers Tim. Brenda, however, falls headlong into the irresistible web of rock 'n' roll. The result—from the brink of promotion at her job, she plummets, almost getting herself fired. When her fed-up husband moves out, she incurs the wrath of her nosy mother-in-law. And the band still won't leave.

Touring with her favorite band had been Brenda's cherished teenage dream. In comparison, her normal suburban life looks dreary, and an exciting romance with Keith seems a possibility. Is she willing to give up her home and marriage? Amid the intensifying swirl of uncertainty, Brenda is losing her hold on reality—and something's got to give. Which life will she choose?