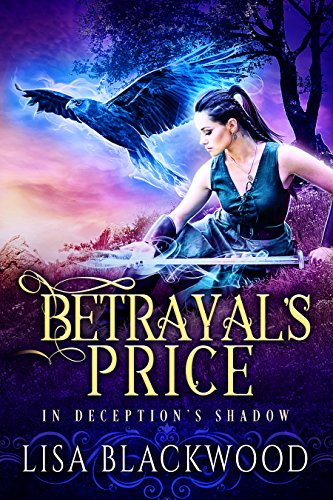 Warrior-Scout Ashayna Stonemantle has no awareness of her fate until her sentient magic manipulates her into seeking out one of the enemy—Sorntar, Crown Prince of the Phoenix. If she dare trust the word of an enemy prince who is also an avian shapeshifter, their futures are linked.

For some, rebirth is not a reward.

Centuries ago the gods demanded Ashayna Stonemantle sacrifice her demon-tainted lover. She did, and then ended her own life, but it didn't fulfill her obligations to the gods.

Reborn into a new body, Ashayna has no awareness of her former life until her sentient magic manipulates her into seeking out Sorntar, Crown Prince of the Phoenix. The majestic and charismatic Sorntar reveals that she is host to a Larnkin—a spirit creature of vast power. If she can trust the word of a man who is part avian, he is host to her Larnkin's other half. When their Larnkins awaken early and force them into an unbreakable bond, Ashayna and Sorntar are accused of being corrupted by an ancient evil.

To prove their innocence, they must discover what happened in the past to pit bondmate against bondmate. As the search for the truth draws them closer together, Ashayna realizes she's falling in love with Sorntar. But before she can tell him, his tainted Larnkin enslaves him. The gods demand she kill her beloved, as she did once before, but she will not do it, even if it's the only thing that will keep her soul safe from his darkness.