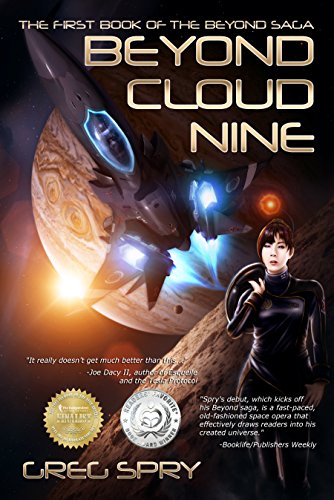 Ace fighter pilot, Brooke Davis, is drawn by her U.N. superiors into a conspiracy that threatens the future of the solar system. Should Brooke reveal what she knows? Her silence could usher in a golden age for mankind; the truth could destroy the human race.

Brooke was flying high until abruptly halted by a mysterious crime

Ace fighter pilot, Brooke Davis, is speeding through Jupiter's orbit, dreaming of becoming the first human to fly faster than light. Instead she is drawn into a criminal conspiracy— involving terrorists, aliens, and the highest level of government, including her boss at the U.N. — that threatens not only her shot at history, but the future of the solar system.Will the entire solar system break down in this futuristic thriller?

The solar system is destabilizing. Separatists attempt to assassinate the U.N. Secretary-General. Territories are seceding and acquiring antimatter weaponry. Just as all-out war seems inevitable, alleged extraterrestrials attack colonies throughout the solar system, forcing humankind to work together to combat the invaders. If the U.N. loses its ability to keep the peace, human civilization may stumble back into the dark ages.Brooke's excruciating dilemma could determine the future of the human race

Brooke is ordered to keep quiet about the crime she witnessed by the U.N. Security Council President. As the invaders draw closer to Earth, Brooke must decide whether to reveal what she knows. Keeping quiet might allow mankind to triumph and usher in a golden age, albeit one based on lies and deception. But revealing the truth could send the human race down a path toward self-annihilation.