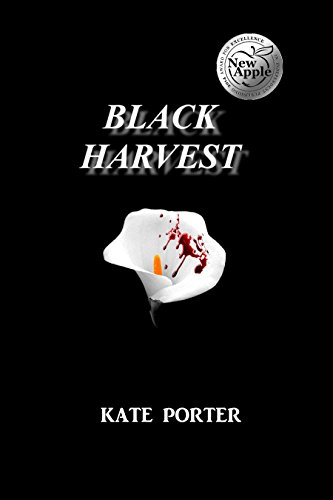 Waking up in a hospital bed with no memory of the past five days is scary. Realizing your teenaged daughter is missing, is terrifying. When Rose pleads for help from Sheriff Lucas Manning, they become the targets as time runs out for the rapidly growing list of missing young girls.

After Rose Bradigan divorces her husband, who is incarcerated for murder and drug charges, Lily, their precocious sixteen-year-old daughter, blames her mother for just about everything that has gone wrong in their lives. After a particularly nasty incident that ends with Lily being escorted home by the police, they set out, at Lily’s determined reluctance, on a road trip to try to mend their mother-daughter relationship. After a rocky start, and one very public argument, they begin to come to a shaky truce and even begin to enjoy the sights. Until Rose wakes up in a hospital bed in a small South Carolina town looking, and feeling, like she’d walked twenty miles, barefooted, across a field of broken glass. She’s been battered, drugged, terrified and has no memory of the last five days. Her worst fears are realized when she finds out that Lily is missing. As Cherokee County Sheriff it is Lucas Manning’s job to find out exactly what happened to both the injured mother and missing daughter.

Keeping his professional distance isn’t easy for Lucas as he takes a personal interest in Rose’s case. Although he is battling his own demons, and in spite of his growing feelings for her, Lucas knows that in the majority of missing children cases, one of the parents is usually the reason. But as his investigation progresses, he comes to a frightening conclusion: Lily Bradigan is only the latest in a growing list of young girls that have gone missing over the past several years. When a girl fitting Lily’s description turns up in the county morgue, Lucas is afraid he will have to tell an already distraught mother that her daughter is dead. When Lucas finds out the Jane Doe has not only recently given birth but also has the same drug in her system that was found in Rose’s, the case takes a bizarre twist. There’s more to the missing young women than a serial killer seeking his thrills. Someone is kidnapping girls between sixteen and twenty-two who fit a certain profile. They’re beautiful, brilliant and gifted. Lucas and Rose are determined to find out what has happened to Lily. When Rose ends up in the crosshairs of a sniper’s scope, they know they’re getting close to finding the answers. However, it may already be too late to save not only Lily, but several others who have been listed as missing over the past year.