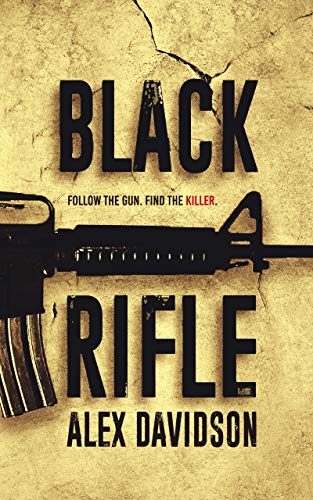 "Black Rifle" follows the aftermath of another mass shooting in America. Thirteen people are dead and the killer is still at large. Their identity and motive remain a mystery. The only lead is the murder weapon: an AR-15, a.k.a. the “black rifle."

There are over 300 million guns in the United States. Imagine having to find just one. This is the problem rookie ATF Agent Miranda Lopez faces.

There has been another mass shooting in America, and thirteen people are dead. But this time, it is different because one of the victims is the daughter of Marco Barros, a powerful pro-gun rights senator. The killer is still at large. Their identity and motive remain a mystery. Miranda’s only lead is the murder weapon: an AR-15, a.k.a. the “black rifle.”

Forced to work with Cal, a mysterious private sector mercenary hired by Senator Barros, her search for the rifle will take her across the country: from the crumbling city blocks of South Central, California to the frigid streets of South Side, Chicago to a sun-baked Arizona militia compound to the polished halls of power of Washington, D.C.

In a country where the truth often has dangerous consequences, how far will one woman go for justice?

Black Rifle takes the reader through a series of interlocking power struggles: the gun trade, the US border, prison cell blocks, city streets ruled by drug gangs, the business of religion, Washington, D.C., and more. It’s a mystery, a thriller, and a social novel all at once, with small, human figures moving and interacting within a massive landscape.