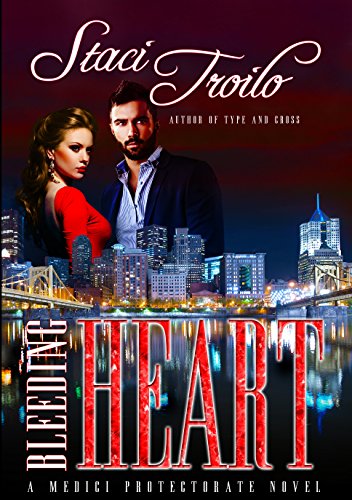 Francesca discovers she is the secret legacy of the Medici, prophesied to return Italy to its former glory. She is forced under the protection of Gianni, a warrior destined to defend her. As their worlds collide in passion and violence, Gianni must conquer his demons to save them both.

In the heart of Pittsburgh awaits a secret half a millennium in the making.

After her father's brutal murder, Franki discovers she and her three sisters are the only surviving, secret legacy of the Medici. The same people who brutally murdered her father now target her and her family for assassination. Unprepared to battle an unknown enemy, she finds her safety depends on the Medici Protectorate, the warriors who guarded her bloodline for centuries, but who failed to protect her father.

Gianni, Franki's protector, blows his first meeting with her, but knows he must garner the trust of not only Franki, but also her sisters. Without that, he fails too, and that is unacceptable—not only to him but also to the Medici Protectorate. His troubles grow larger, for as he assumes his new role, he also undergoes inexplicable, explosive physical changes… transformations he can't control. One of those is his uncontainable desire for Franki.

Their worlds collide in passion and violence, and Franki struggles to trust Gianni. When her life is on the line, Gianni will have to conquer both her fears and his own personal demons to rescue her in time.