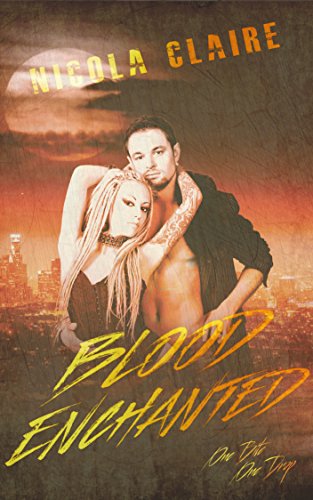 One bite. One drop. That’s all it would take for Éliane Durand’s blood to change it all. But she’s not the only one to realise this. Power. Magic. Blood. Nothing is as it seems, and nothing will ever be the same again for Ellie.

One bite. One drop. That's all it would take for Éliane Durand's blood to change it all.

As the daughter of the most powerful Nosferatu, and equally as powerful Nosferatin, Ellie has had to make sure that all those who meet her know just how deadly she can be. Making a name for herself in the cut-throat arenas that dot Auckland City's supernatural underworld, has not only convinced those who might think to come against the head strong and independent vampire hunter that she means business, but has also lined her pockets with much needed cash, as well.

In a world where power talks and the power of blood says it all, Ellie soon discovers that hers is a much sought after commodity. But she's not alone. Her twin, Lucien, is just as powerful. And when Luc goes missing, and all the clues lead to a strange new Master Vampire in the city, then Ellie must dig deep to save not only her brother, but herself.

One bite. One drop. That's all.

But Ellie's not the only one to realise this… And the power of her blood soon calls to so many more.