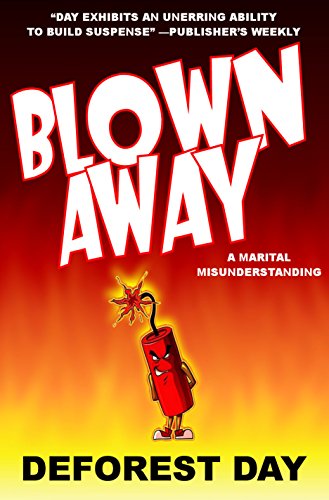 A dark domestic comedy pitting an aging trophy wife against her clueless husband and her sexually awakening daughter.
When a suspicious wife learns her husband was seen kissing his stepdaughter she leaps to conclusions, and widowhood becomes an option.

A dark domestic comedy pitting an aging trophy wife against her clueless husband and her sexually awakening daughter.
When a suspicious wife learns her husband was seen kissing his stepdaughter she leaps to conclusions, and widowhood becomes an option. The old wisecrack about a husband trading in a forty for a pair of twenties is no joke when you're the forty.

Honey Poitrine, former beauty queen, infomercial actress, and single mom of a pre-teen daughter, is selling Magic Ladders at home shows. Little Magnolia Poitrine is already street smart when she and Honey meet Mac McClintock, another hustler, running his construction company out his car trunk. Mac knows minority-owned businesses have an edge in winning government contracts, and he forms H. Poitrine & Associates LLC. He also knows a wife, even a trophy wife, can't testify against her husband. And vice-versa.

Honey is clueless about her daughter's sexual orientation, and Mac brushes off the thank-you kiss as harmless teenage exuberance.

Honey is sure they are plotting to dump her, and Mags thinks seducing Daddy Mac is a great way to get back at her mother for abuses real and imagined.

But Honey sees the kiss as just the first step to unspeakable horrors, including incest and public ridicule. She turns to Carl Hiaasen and Dave Barry novels for quirky ways to end a marriage, but finds them all too complicated. Dynamite is simple; blowing up your husband is the quickest way to end a marriage. Even better if someone else lights the fuse.

With the help of Spider Tarantella, their PTSD-afflicted Master Blaster, she plans for Mac to be inside the building when she and the governor push the button.

Dr Quetzalcóatl, a naked professor of comparative religion, who becomes Mags' spirit guide, Bugle Boy, a drug-sniffing bloodhound with a penchant for interior monologues on the human condition, and a bumbling pair of kidnappers all complicate the hilarious plot.